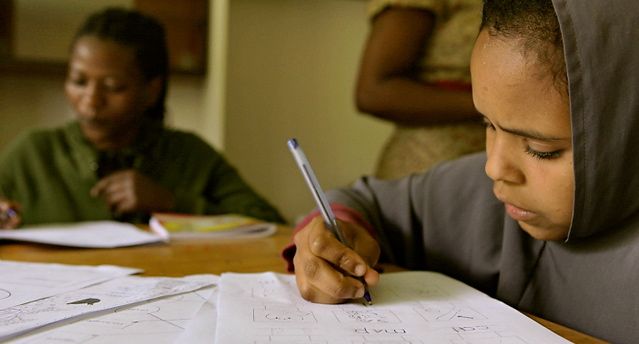 BOARD OF DIRECTORS & INTERNATIONAL ADVISORY COUNCIL

Dr. Hawa Abdi is a Nobel Peace prize nominee, Somali human rights activist, doctor and founder of The Hawa Abdi Foundation. "Mama Hawa” opened one of the first NGOs in Somalia to provide health care, education and aid empowerment for the women of Somalia.  U.S Secretary of State Hillary Clinton has called Dr Abdi “a perfect example of the kind of woman who inspires me”. In 2010, Glamour magazine named Dr. Abdi and her two daughters "Women of the Year," dubbing them the "Saints of Somalia".

Eric Schwartz, dean of the Hubert H. Humphrey School of Public Affairs at the University of Minnesota, has a 25-year career in senior public service positions in government, at the United Nations and in the philanthropic and non-governmental communities. From 2009 through 2012, he was U.S. Assistant Secretary of State for Population, Refugees, and Migration, having been nominated by President Obama. Schwartz's other high-ranking positions include serving as the Department of State’s principal humanitarian official, managing State Department policy and programs for U.S. refugee admissions and U.S. international assistance worldwide; lead expert for the Mitchell-Gingrich Task Force on UN Reform; and the second-ranking official at the Office of the UN High Commissioner for Human Rights as Senior Director and Special Assistant to the President for Multilateral and Humanitarian Affairs.

US Executive Board of Directors

Ann Laatsch (Chairwoman) is the Managing Attorney for Disability Services at Community Advocates, Inc., where she practices in the areas of Social Security Disability, public benefits, and health care. She was previously a Staff Attorney at Legal Action of Wisconsin, providing representation and advocacy to seniors on issues related to elder abuse, domestic violence, financial exploitation, and state and federal benefit programs. She is a member of the State Bar of Wisconsin, the Association of Women Lawyers, and the National Organization of Social Security Claimants' Representatives.

Phyllis Nolan (Treasurer) is an independent marketing consultant with more than 30 years experience in P&L management, including company president and corporate business unit general manager. Her experience includes setting overall strategic direction, product development, offshore product sourcing, marketing and retail concept development and implementation. Phyllis also served on the Kansas Board of Regents for five years, presiding as chair for one of those years. Currently, she is a board member of the Department of Orthomolecular Medicine, University of Kansas Medical Center.

Talyn Good (Secretary and Co-Founder of Heshima Kenya) served as Heshima Kenya's Co-Executive Director for Operations from 2008 to 2011 in Nairobi, laying the program foundation and partnerships with UNHCR, US Department of State, and vital community actors in Nairobi. Before Heshima Kenya, Talyn worked with the U.S. Refugee Resettlement Program.  In the US she developed, implemented and directed the Immigration and Refugee Social Service programs at a community based non-profit organization in Kansas City, Missouri.

Kenya Board of Directors:

Rosalind Raddatz (Chairwoman) is a Trudeau Foundation Scholar based in Nairobi and a PhD candidate at the School of Political Studies, University of Ottawa.  Rosalind holds prior degrees in Philosophy and Political Science at Concordia University in Montreal.  Her research interests include mass violence and genocide, institutional and national accountability, moral obligations to distant others, and post-conflict gender issues, primarily in Sub-Saharan Africa.   Rosalind had more than a decade of experience as a documentary filmmaker, teacher and photographer. She is active in several non-profit endeavors, primarily around girls’ health and education in the developing world

Payal Patel (Treasurer) serves as an adviser at KMPG in Nairobi.  After completing her Masters in International Securities, Investment and Banking in England, she was employed at Deutsche Bank in Finance and then decided to return home to Kenya and use her skills and expertise within the local market.  Payal also served as a Quality and Assurance Manger at Sankara Hotel.  She tutors children in mathematics and English in Kibera slums under the Rock Foundation.

Catherine Kagunya (Secretary) is the Senior Human Resources Management Consultant at Pricewaterhouse Coopers-Kenya and serves as a member of the Institution of Human Resources Management.  For over ten years, Catherine has worked on various human resource projects in a diversity of sectors. She also has volunteered in Kenya through the Rotary Club, United Way, and the Little Troll Foundation (Switzerland) and and has published several articles in the Financial Standard, a finance publication in Kenya.